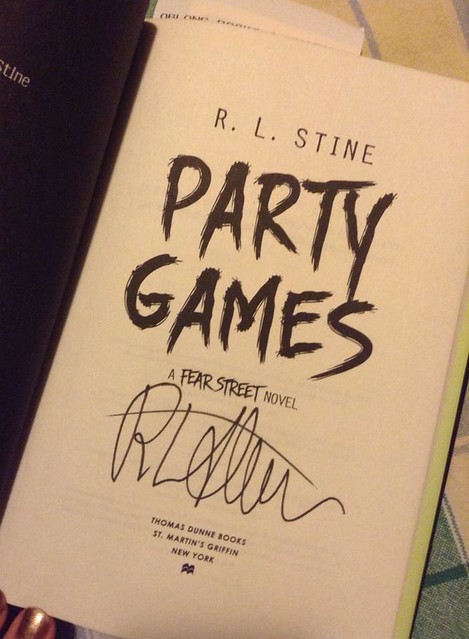 I’ll be honest here: as a pre-teen (because “tween” did not exist in the late 80s), I was a Christopher Pike girl. Chain Letter got me hooked. But my husband has a crazy love for R.L. Stine that didn’t start until he was in college. It’s a long story involving his band, someone’s girlfriend and R.L. Stine’s book The Girlfriend. We had a huge box of Fear Street novels in our attic, our boys both enjoyed the “Goosebumps” series, and Laura likes watching the likewise-named TV show on Netflix. So the excitement level at our house when I learned that R.L. Stine was coming to Rhinebeck was seriously off the hook.

At first, Drew hemmed and hawed a little. I love going to author events. Sometimes, though, the reality of who that author is can disappoint. There can be an attitude that shatters your image of how awesome they are. But I convinced him 🙂 So after the Sheep & Wool festival back in October, we headed over to Oblong Books for this super-cool Halloween event! R.L. Stine is rebooting “Fear Street” and has been making the rounds to promote his new book. 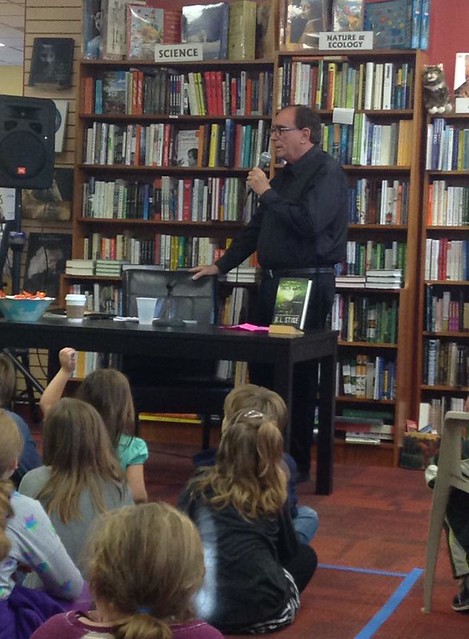 I’ve been to a lot of signings in my day, but this was certainly one of my favorites. Stine didn’t just read from his new book and answer a couple questions. He told stories. Stories about growing up. Stories about how he thought of book titles. He took tons of questions from kids in the audience. He connected with everyone there. And not only that, but he was willing to sign anything that people brought up. Sometimes there’s a limit, sometimes it’s just the author’s latest work. But R.L. Stine signed a stack of books for us (including some really old twist-a-plots that Noah adores). 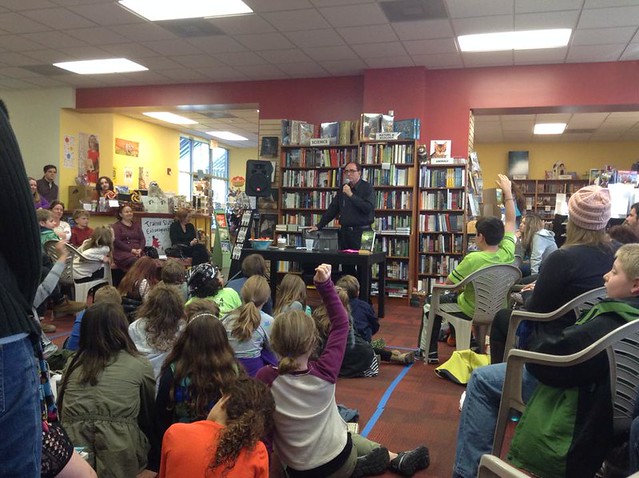 Drew told him the story involving his band, his friend’s girlfriend, and the book. Mr. Stine seemed amused. 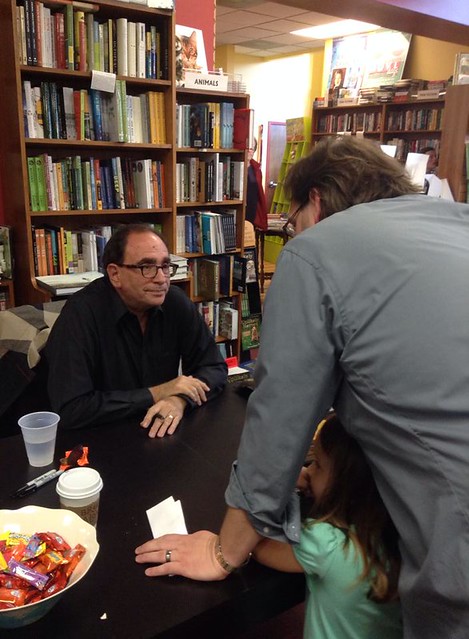 The kids had such a great time, and what a thrill to meet such a prolific writer! 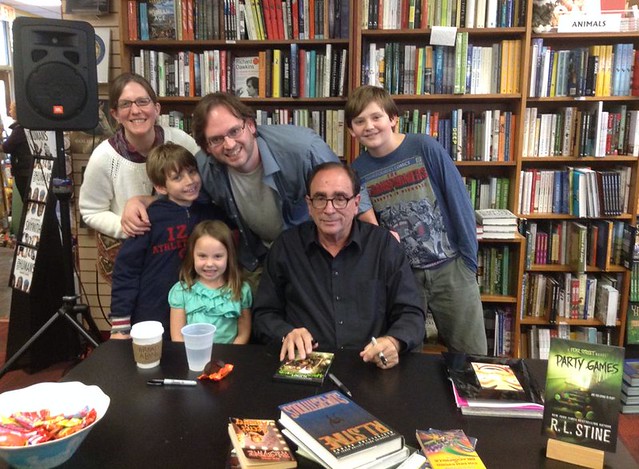 Thanks, R.L. Stine and Oblong for hosting an event that my kids (and husband!) will remember for a long time!