I’m one of those annoying people who generally plays things safe, especially when it comes to money. If I don’t know what exactly I’m getting, I don’t usually get it. But, as they say, there is always an exception to the rule…

This morning Noah and I went to Michaels to get him a white t-shirt for tie-dying at camp, since they were on sale today. When we walked in, front and center, I saw these: 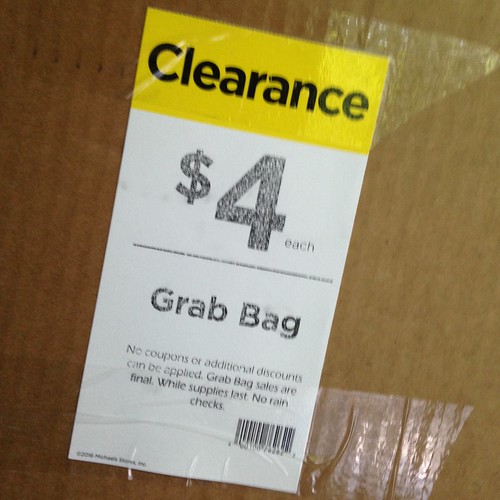 Now, in the past I’ve been able to resist the urge to try my luck at one of these grab bags. But today, something was calling me to them. I knew it would be summer stuff from the 4th of July. And maybe it’s because we were just recently at an Eagle Scout Court of Honor for my friend’s son, but I realized that now would be a great time to take a chance on some patriotic-themed decor. After all, Jake is hopefully starting his Eagle project soon, and he is well on his way as far as advancements are concerned, so I’m not being premature thinking ahead. It’s pretty standard to use red, white, and blue in the decorations and table settings.

I tried to peek inside the best I could and in two boxes I noticed things I definitely was interested in. Noah convinced me to take a change and buy both of them. After I unpacked it all, I was absolutely thrilled with the contents! Here it all is, combined into one box. 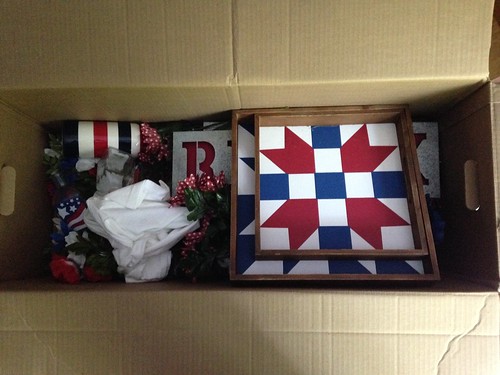 Now, let’s do a little show & tell, shall we? Remember, I paid $8 for everything! First up, this cute basic tee-shirt. It could probably benefit from a fun saying on it, so I can make that with my Silhouette.
(Value: $9.99) 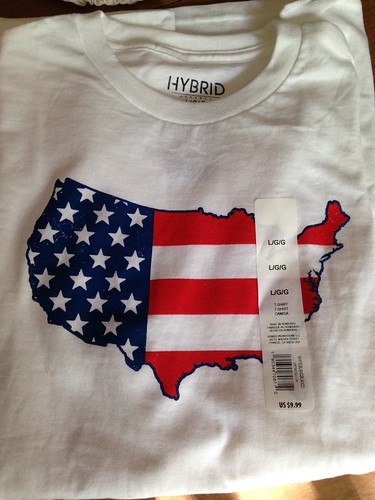 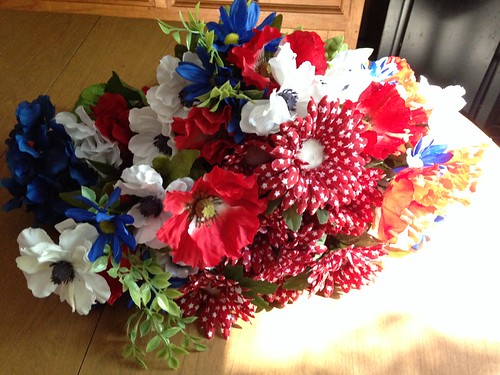 Then, there are these vases. I think these, combined with the silk flowers, are going to make perfect centerpieces! The 7 small bottles (one got cut off from the picture because I was rushing) were priced at $6.99 and the large striped bottle (which I absolutely LOVE) is $9.99.
(Value: $58.92) 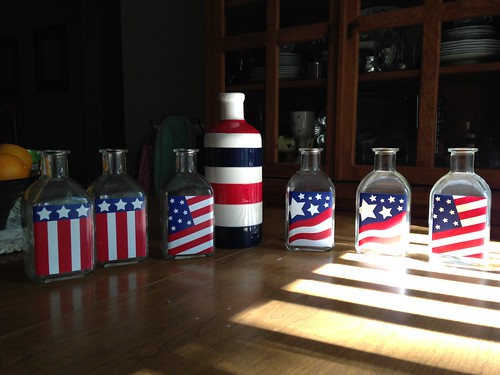 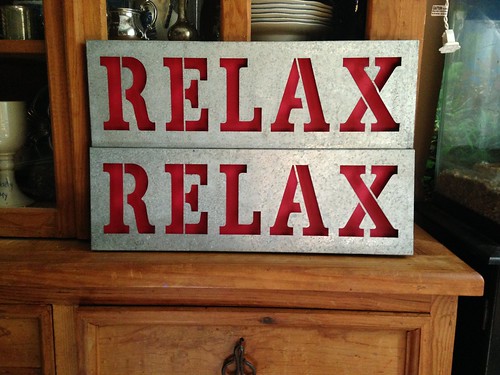 I absolutely adore this sign! I remember seeing in in the store and thinking hard about it. It is actually burlap and very rustic looking. It will be so cute next summer!
(Value: $24.99) 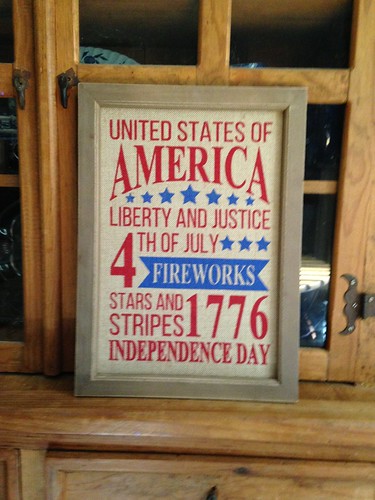 OK, I’ve saved the best for last. It was seeing these two trays that made my heart skip a beat. I almost bought them last week, but even with a coupon couldn’t quite justify it. I love the quilt patterns painted on (I may actually crochet a throw based on the design of the smaller tray — that wouldn’t be too hard if I did squares) and Drew loves wood signs. We actually were able to have lunch with him today and so I showed him and asked what he thought. He really liked them too, and thought of covering the design with epoxy or something to preserve it in case there is a spill. The smaller tray was $19.99 and the larger one was $25.99.
(Value: $45.98) 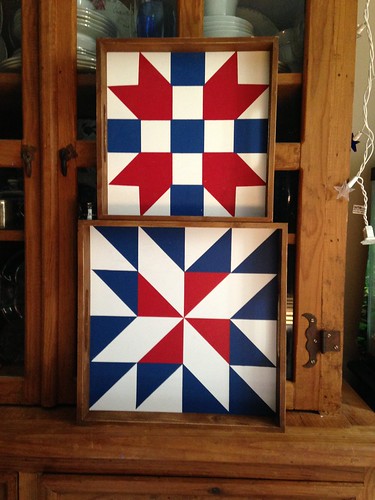 My husband and daughter made homemade caramel appl