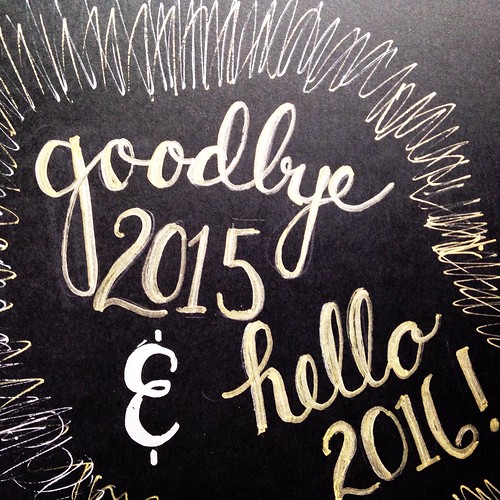 How is it possible that another year has come and gone? But I guess that’s the same question we ask every year, isn’t it? Well, 2015 has been an interesting one for us, and sadly I didn’t document anywhere near as much as I wanted to. Luckily I do write down a lot (okay, everything!) in my planner, so I can use that to help recap. Let’s take a look back!

January – Laura enjoyed a winter tumbling class, and Noah’s Cub Scout den placed 5th at the Eskimo Run (kind of a big deal since there were only 3 of them). We went up to Lake George for a quick overnight.

February – Our very snowy winter continued this month and lots of events had to be rescheduled. Jake’s Boy Scout troop went on their annual winter campout in frigid temperatures (there was no snow shelter building this year!).

March – More snow! It didn’t seem to stop this year. I guess the major event in March was when I sliced off the tip of my finger while cutting onions on the mandoline slicer. It has since healed, but still feels a little numb. And while I haven’t tossed the mandoline, I haven’t used it since!

April – Finally, the weather started to get a little warmer. Noah raced in his very last Pinewood Derby and came in 1st place! The Boy Scouts canoed in Wappinger Creek race, as usual, and Jake and his partner came in last for their Troop (and thought it was hilarious). Drew celebrated his birthday, and we also got the unfortunate news that his job was going to be “defunded” at the end of June.

May – We were all a little stressed over last month’s news, but hopeful about an interview Drew had at the beginning of the month. The kids all had their spring concerts in school. Jake went on a band trip to see “Something Rotten” on Broadway. We went camping with the scouts and marched in the Memorial Day parade.

June – June was a full, fantastic month! We were relieved because Drew got offered the job, and we were able to relax. We celebrated our 14th anniversary and Laura turned 6. The kids all had pink eye. The kids all finished up the school year with fantastic report cards. I stopped working at the library since Drew would soon be back to working in an office daily (after telecommunting for almost 10 years).

July – We started the month with a vacation to Plymouth, MA which was so much fun! I am still convinced that I had a paranormal experience at the John Carver Inn! We stayed home for the 4th of July and took it easy. Drew started his new job as Creative Director on the 6th. Noah and Laura had a blast at the town’s Rec Camp. Jake attended another week of DEC Camp at Camp DeBruce and had a fantastic time. Laura also participated in Library Camp where she made tons of creative projects.

August – The month started out with Drew and Jake both attending Boy Scout Camp in the Adirondacks. Laura, Noah, and I went up to my parents’ house for a few days while the guys were away. The boys celebrated their birthdays — Jake turned 13 and Noah turned 10. I attended HarneyFest with my friend (hello, tea heaven)!

September – We started the month with one last quick getaway up to Lake George. Then it was back to school! We are now in 1st grade, 5th grade, and 8th grade. Jake participated in Battle of the Books again. I started doing a little freelance copywriting and copyediting again.

October – It was another camping weekend for scouts at the beginning of the month. It was cold and rainy — not the best weather for it! Laura lost her first tooth. I got to meet two long-time blog friends at the NYS Sheep & Wool Festival! I also celebrated my 40th (gasp!) birthday. Halloween was fun and we Trunk-or-Treated at a local church and also trick-or-treated in the village on Halloween.

November – We finally got the rest of our house painted! I love our sage green house now. It is much more “country” looking to me. Noah’s class went up to Howe Caverns and Jake’s science project came in 2nd place at a school science event. Laura officially became a Daisy Scout. We enjoyed Thanksgiving with Drew’s mom and aunt. My parents came up for a visit that weekend, and we had a great time.

December – And here we are! I feel like this month was an absolute blur — so many activities and events! From teacher conferences (both stellar) to school concerts to the holiday it was non-stop. Noah had the fantastic opportunity to sing with his school chorus at The Fisher Center at Bard College. There was lots of carolling and scouting events. Drew came in 2nd place at his office’s ugly sweater contest (I crocheted a ridiculously big Christmas tree for his get-up). Christmas was fantastic! As usual, we spent Christmas eve with Drew’s family and that was fun. Christmas morning we opened presents and ate a big breakfast before heading up to see my family in the afternoon. Everyone was spoiled for sure (especially me — I got a Silhouette Cameo, so stay tuned for lots of craft projects in the new year)! But it was so much fun.

I don’t know about you, but I always feel lost during the days between Christmas and New Year’s, LOL. I’ve slowly been putting away Christmas stuff and looking forward to some serious cleaning once the kids are back to school. Tonight we will be celebrating with friends and tomorrow hopefully just watching movies and enjoying a day off.

Thanks for those of you who have stuck with my blog over the last year. I know I have NOT been great about updating regularly but it’s definitely one of my resolutions for 2016. So stay tuned!!! It’s going to be a great year!