I know for most of you, the first day of school is a memory already. But unlike a lot of other areas, we don’t go back in August… it’s always the Wednesday after Labor Day. In other words… today! And for us, it was an important day because our littlest started Kindergarten!

But let’s start with the oldest. Jake is in seventh grade. No longer the youngest kids in the middle school — hooray! I remember when I was in seventh grade (not in a middle school — just a regular classroom back then), our teacher had a foozball table in the corner of the room, he picked his nose, and was known for various quips that I still remember (such as “There is no ‘noise’ in Illinois!” — he’d get aggravated when people mispronounced it). Ha! I think he’s looking forward to getting back into his intramural clubs, though. 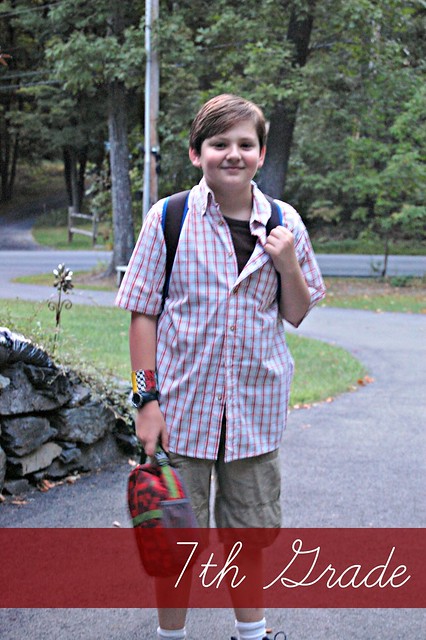 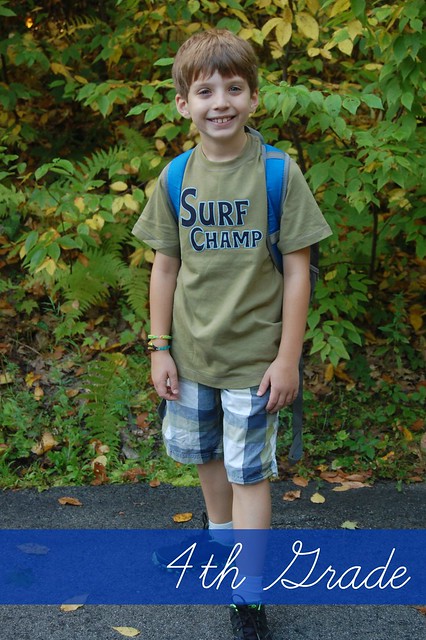 Of course, for Laura, school is pretty much old hat. She loved preschool last year (and has several of her pre-K buddies in her class). And she spent two weeks at day camp this summer, so I’m not worried about her in full-day K. (Although for the first few days, the little ones are dismissed early to ease the transition). 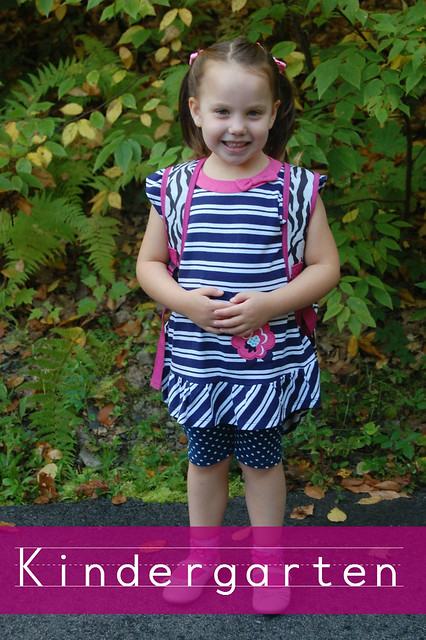 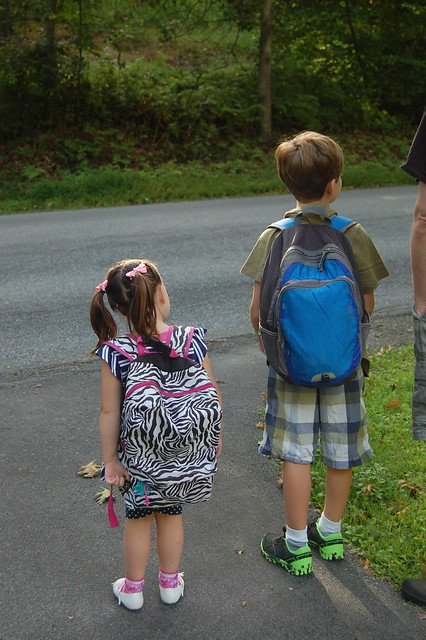 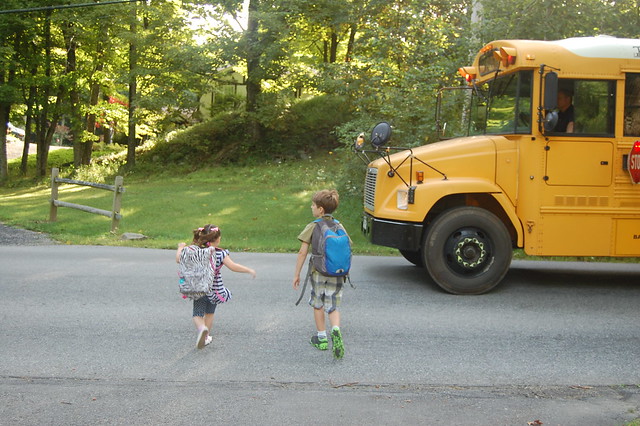 It was very sweet watching Noah let Laura go in front of him to get on the bus. I think it’s going to be a great year!