Is it just me, or does Thanksgiving seem exceptionally early this year? No matter, it is happening in a matter of days! I have an extra day to prepare to prepare this week. Laura is home sick from school today, which means – of course – I am home with her instead of at work. I’ve been taking advantage of the time to get a few things done well in advance.

This year for the first time since Drew and I have been together, we will not be with relatives — it will just be the five of us! For many years we either went to my mother-in-law’s house or my parents’ house. Several years ago I took over cooking the meal and everyone usually comes here. But this year, my mother-in-law is spending the week in N. Carolina with Drew’s brother, wife, and her family. My dad had eye surgery today so they are staying put in Massachusetts. Dare I say I am kind of looking forward to a quiet day?

I do love me some Thanksgiving, so of course I will still be preparing a traditional dinner! Here’s what my menu looks like this year:

This should be more than enough food for us. Unfortunately, the smallest turkey I was able to find at the sale price I wanted, was just under 14-lbs. I usually do a 12-lb turkey for seven of us, but that just means more leftovers! I’m switching up my timeline too. Usually we eat around 1 or so. But this year I think we will eat around 3:30-4:00 so we’re not totally full of appetizers.

I also fully intend to spend the entire day in my pyjamas.

Today I made the stuffing and the cheeseball. (I’ve been meaning to share the recipe for this cheeseball for years… maybe its time has finally come!) I also cleaned out the fridge and organized it a bit. Tomorrow I will prepare the turkey with the dry brine/dry rub/whatever you choose to call it, and make the pecan pie. I am going to do the mashed potatoes in my Instant Pot (they come out perfect in there) so I may or may not do those early. And the bread I will make in my bread machine on Thanksgiving so it is super fresh and warm!

What’s on your menu this year? I hope you’ll share in the comments — I love reading about everyone’s family traditions!

It’s always fun when your boys come home from a deep sea fishing excursion at 2 in the morning and plop down two enormous bags of their catches on the counter! I kid you not, friends. Monday Jake and Noah went fishing off the coast of Niantic, CT with their Boy Scout troop and, well… I guess it was a good day for fishing!

I had never really heard of Porgy before, but then again I don’t cook a lot of fish at home, so I don’t venture further than cod, salmon, shrimp, and haddock. But, after dividing up 6 dinners’ worth of Porgy (nearly 8 lbs), I expect that I will soon be an expert on its preparation! 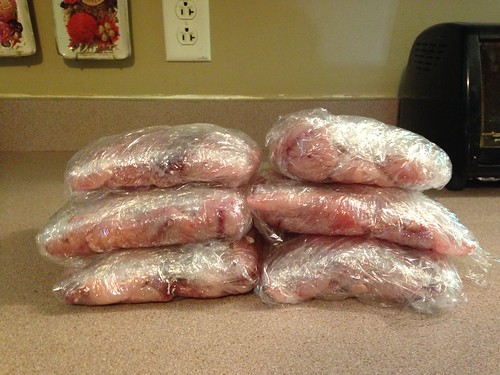 Of course we had for dinner last night. It’s not often we have fresh-off-the-boat seafood, so I was curious to try it. First, I looked up the fish and was relieved to learn it’s a mild, delicate fish. Some people compare it to Red Snapper. I’ve never tried that, so I can’t agree or disagree.

The fish do have a LOT of little bones, even though they were filleted at the dock. Luckily they aren’t too hard to pick out and we got most of them.

For my first time preparing Porgies, I decided to go super-simple. I just seasoned with salt, pepper, and Mrs. Dash, then coated them with seasoned flour, an egg wash, and crushed corn flakes. Then I baked the filets until they were flaky 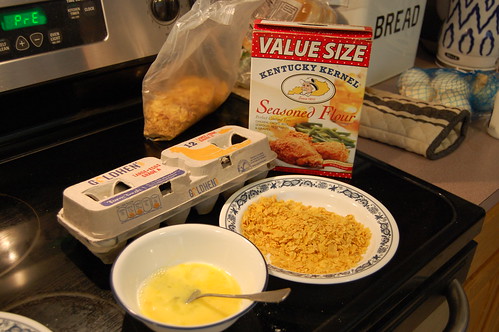 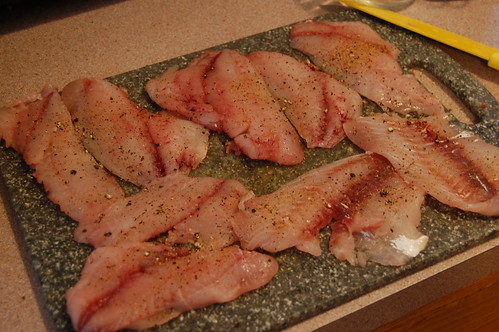 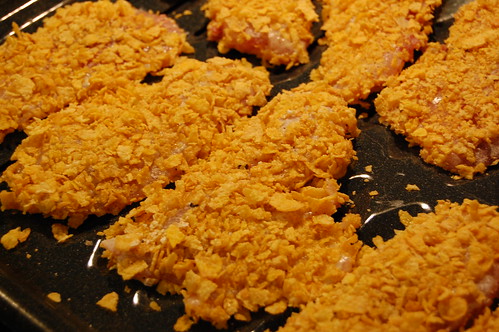 I served them with lemon wedges and tarter sauce… nothing fancy! 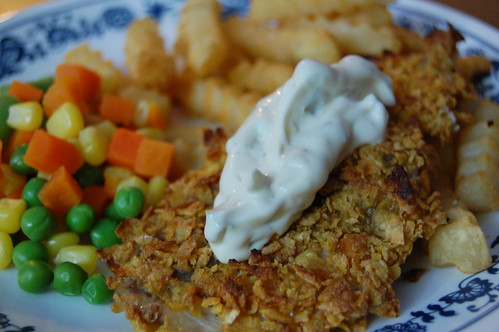 So, the question is… What do Porgies take like? Well, they are pretty mild, but “fishier” than, say, haddock. Personally, they’re not something I’d go out of my way to get but they were better than I expected. Noah loved them, actually.

I think these Porgies would be yummy deep-fried, and maybe I’ll try that at another point this summer. Have you ever had them? What’s your favorite way to cook porgies? I’m all ears!

So much for spring! I’m eager for daffodils and sunshine and a little bit of warmth, but today it is still freezing and were are again expecting a snow storm. It is the perfect day to make a big pot of soup, and today I am sharing with you a recipe that pairs well with a big bowl of yumminess. Check out these Quick & Easy Onion Rolls.

I love the flavor of onion rolls, but sometimes the ones you buy at the store are just too big — they are sandwich-sized. My rolls are made in a muffin tin (yes, really!) and one or two is the perfect serving. Don’t forget to slather on some good butter!

In a large mixer bow combine 1 1/2 c flower, onion soup mix, and yeast. In a small mixing bowl combine water, sugar, and oil. Add water mixture to flour mixture; add egg. Beat with an electric mixer on low speed for 30 sec. constantly scraping down sides of bowl. Beat on high for 3 minu. Using a spoon, stir in remaining flour. Cover and let rise in a warm place until double (30 min)

Spoon batter into 12 greased muffin cups. Cover and let rise until nearly double (25 min). Bake in a 375 degree oven for 15-18 min. or until lightly browned. Remove rolls from pan. Cool on wire rack. 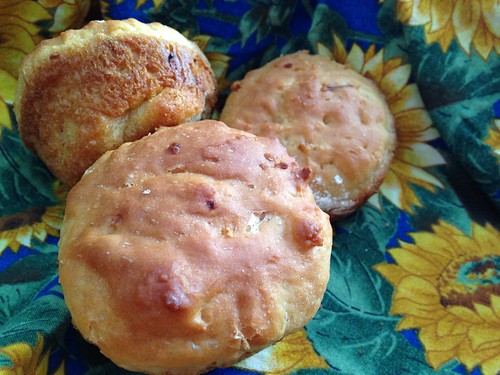 They are also delicious for breakfast with a cup of coffee! I hope you enjoy! 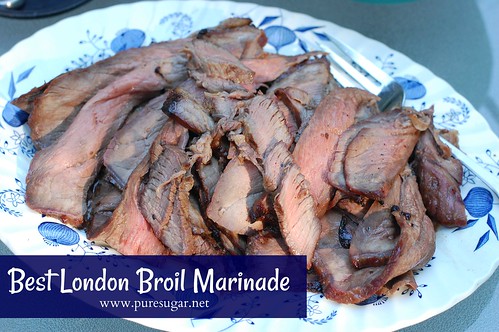 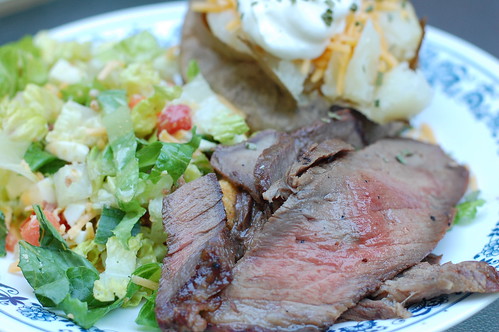 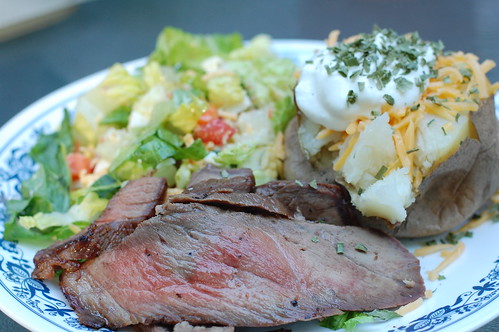 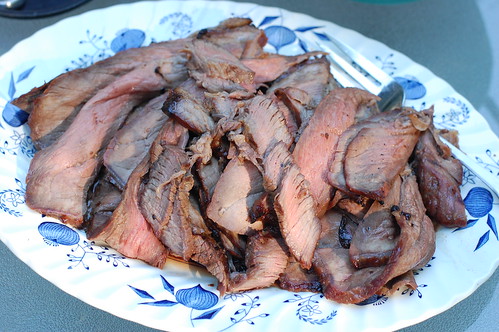 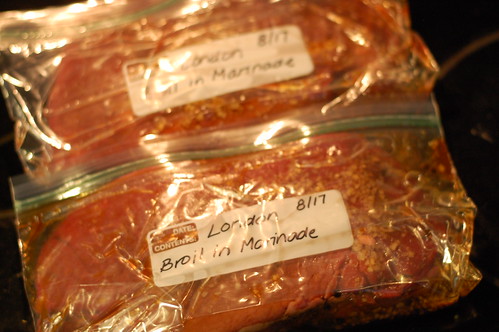 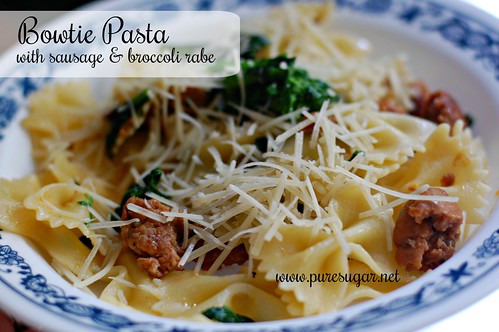 Quite a number of years ago I had a separate recipe blog on my website. I eventually decided to just start posting the recipes here, and took the recipe blog offline. The other day I was going through those recipes I had posted and realized there were so many dishes I haven’t made in a while. This particular recipe had been in regular rotation when I was pregnant with Jacob (that goes to show how long it’s been!). 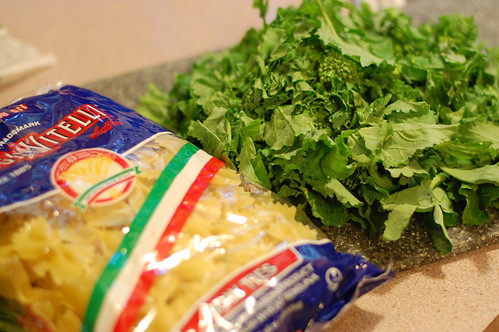 I think it was my mother-in-law who first made this dish, and I got the recipe from her. Italian sausage and broccoli rabe happened to be on sale this week, so it made for a frugal dinner that everyone loved! 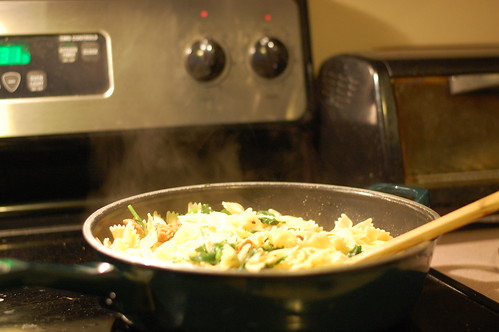 As summer starts to wind down into fall, simple, cozy recipes like this one are perfect. Easy enough for a weeknight, but great for entertaining, too. While my family prefers hot Italian sausage, you can certainly use a combination of hot and sweet or mild Italian sausage. 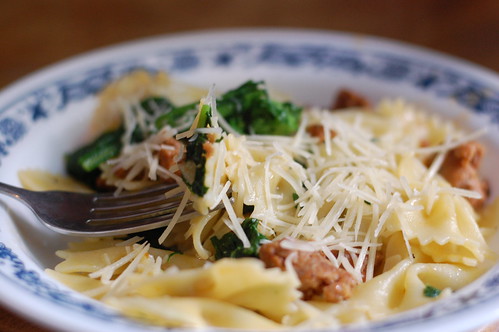 While pasta and broccoli rabe are cooking, cook the sausage in large skillet over med-high heat, breaking up clumps with wooden spoon, until the sausage is browned. Add garlic and crushed red pepper; saute for another minute or until fragrant.

Add the sausage, the reserved 1/2 cup cooking water, the olive oil, salt and pepper to pasta-broccoli rabe mixture in pot. Toss to coat pasta evenly. Serve with grated cheese on the side.